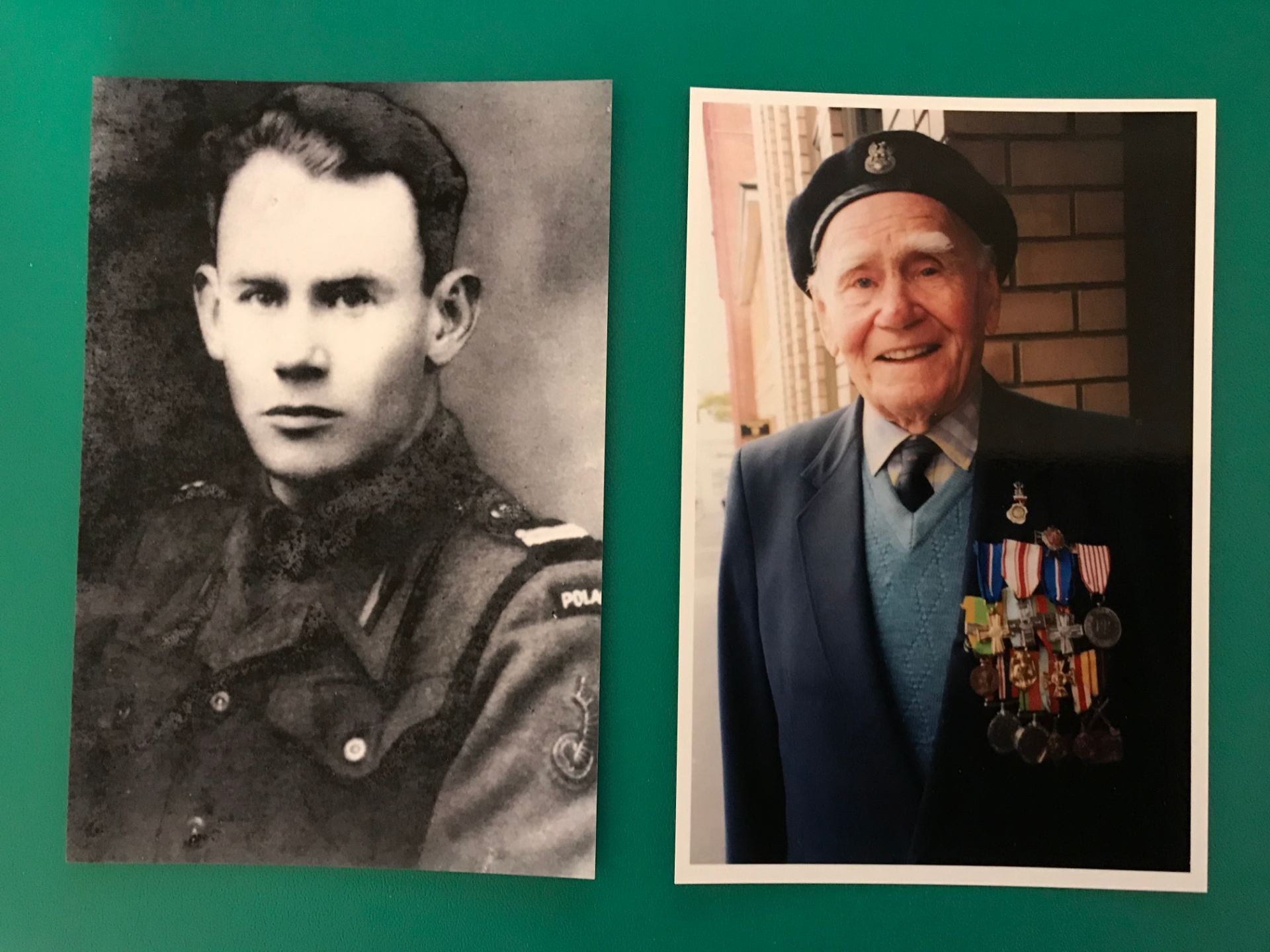 My step grandfather or Uncle Mike as we called him, was indeed a long way from home.

We know very little about his life prior to World War Two.

He was born in Luzski in what was Poland around 1914 to parents Basil and Fdokaj. He had two sisters; Olga who was already married at his birth and Elizabeth who was two years older than him. The main town near where he was born was on a large island in the middle of the Minuta River and had 4 different bridges leading off the island. I eventually found this was in present day Belarus.

He began his Polish war service in 1939 but was one of the unlucky soldiers captured by the Russians and sent to a POW camp. I am not sure where it was as I don’t have uncle Mike’s war records. But on 17 August 1941 after 18 months in the camp, the Russians released all their Polish POWs under an ‘Amnesty’. It was after this that Anders Army was formed and they were under the control of the Polish Government in exile based in England. First Anders Army had to get back towards Britain somehow.

Uncle Mike was one of 115,000  people including women and children who began a long march through Russia, to Guzar in Uzbekistan, cross country to the Caspian Sea and on to Iran. For the members of Anders Army, on to the Middle East to Palestine.  Many died in the process due to cold weather, hunger, disease and exhaustion. The families of the soldiers stayed in Iran and, within the next few months, went to various refugee camps around the world.

The army trained in Iraq and Palestine where Uncle Mike met his cousin Wiktor, who was still alive and serving in the 2nd Polish Corps. While in hospital Uncle Mike had to decide to travel on with Anders Army to fight in Italy or head to another hospital in England to get over the malarial disease he had. He headed to Scotland where the Polish Army was then based.

After surviving malaria, he became part of the 1st Polish Armoured Division in the 8th Battalion Rifle Infantry known as “The Bloody Shirts”.

I began researching some of the fighting of this group and when talking to Uncle Mike about it, he was very proud of the following events:

After the war, the British didn’t know what to do with all the Polish soldiers as many were too afraid to head back to their homeland which was now under Communist rule. So the British government formed the Polish Resettlement Corps where they trained soldiers for life as farmers and workers in their new country. They also organized for many to emigrate. Uncle Mike’s last known address was at Rougham Camp in Surrey in England.

Heading to a new life in Australia

He embarked on 2 July 1948 heading for Australia on board the liner Strathnaver and was settled at Brighton Camp, Tasmania by 9 August. On his incoming passenger card for the Commonwealth of Australia records held at National Archives Australia, he had written single for conjugal condition but this had been crossed out to married. He would never tell us if this was correct or not but this was found in the local newspaper.

Uncle Mike spent many years working for the Hydro Electric Commission at Bronte in the Tasmanian highlands.  He and dad returned there often but especially when there were reunions held. I can remember some of them but not when this was taken. 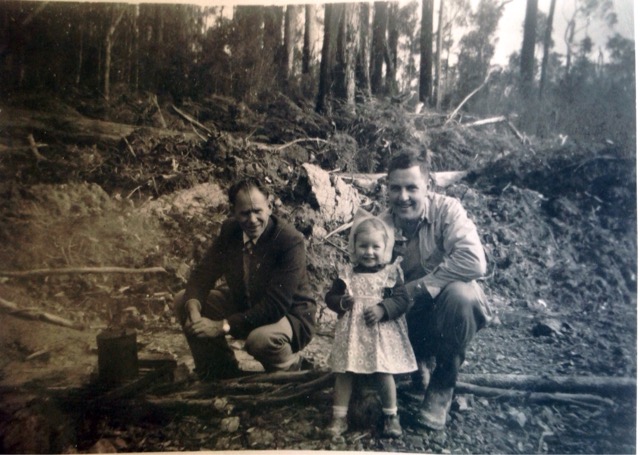 When talking to Uncle Mike he had a very strong Polish accent but spoke very precise English.

He was awarded many medals as can be seen in the top photo. My father and I have tried to work out what they were for. So far we have identified the 1939/45 Star, France and Germany Star, Defence Medal, War Medal 1939-45, Cross of volunteer combatants(French) plus at least two Polish medals. Uncle Mike travelled to London in 1982 to be presented with medals. Much of his paperwork is in Polish but we have been able to translate some of it.

Readers: Did you have someone in your family who was a long way from their original homeland?

One thought on “Poland to Tasmania via WWII”