Whenever I travel to England, I try to get a lot of family history research done as well as touring the counties of my ancestors.

So while at the National Archives UK at Kew in 2005, I made a great discovery. It was the first time I had visited the archives so wanted to make the best use of my time there.  I asked for anything about John ENGLAND from Yorkshire.  After a while I was sent downstairs to the large document area. Not sure if this is still there or not.

They had found a document from York Castle about my great great grandfather’s crime which had him sent to Van Diemens Land back in 1846. I have written about John in a few other posts here, here and here.

This was an extremely long parchment document. I knew I wouldn’t have time to transcribe it there and then, so asked permission to make a copy using my ipad. It took 23 images to get the complete document as I unrolled it very carefully. The document was about a metre wide. Every 60-90cm or every 2-3 feet I would take a photo. I had only had my ipad for a short time, so the images came out very dark. When I was back in Australia, I adjusted the brightness so I could read the document more easily and saved those new images as well.

Here is one of the pages and below is the beginning of the transcription: 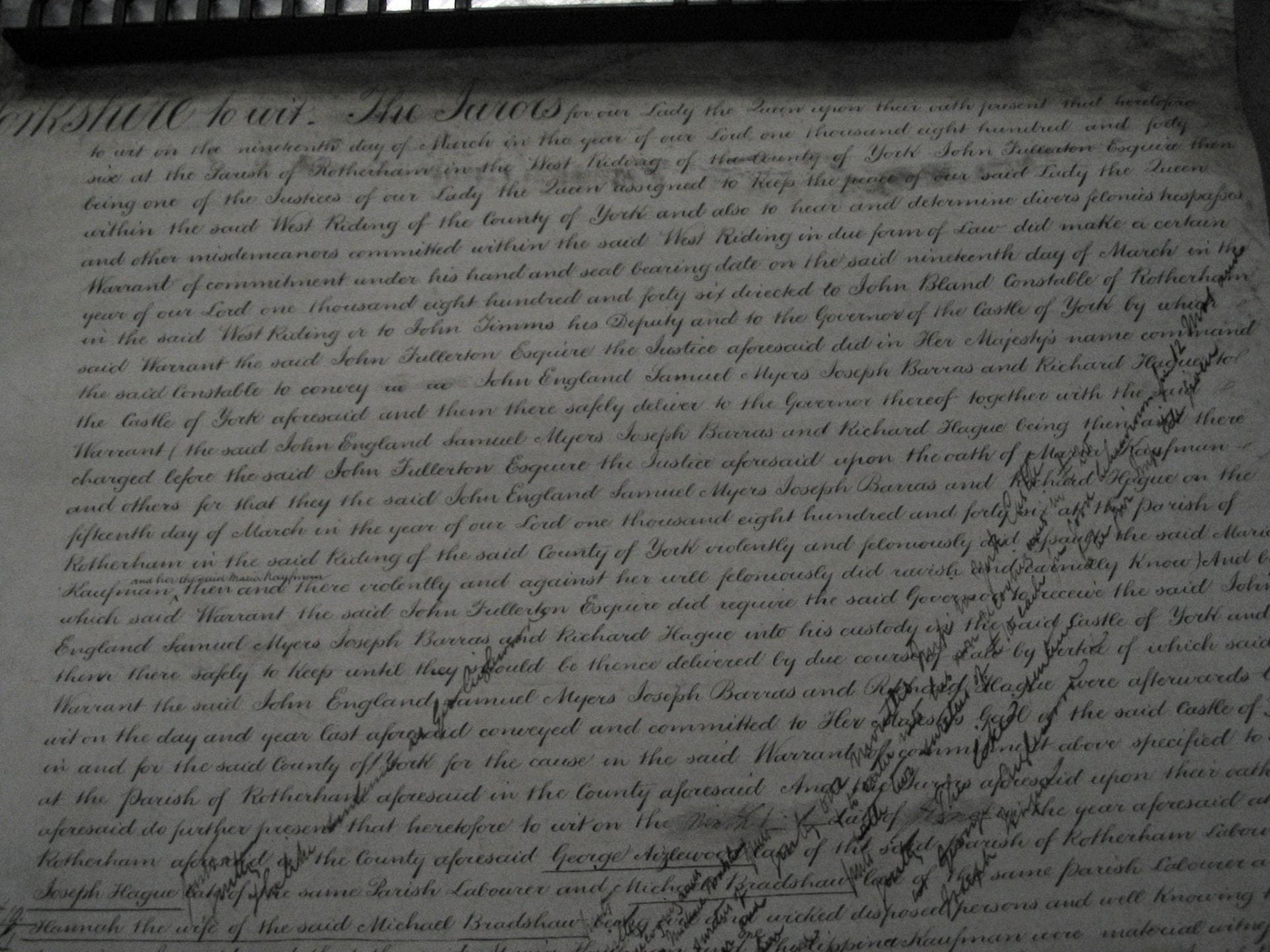 My convict’s name is not mentioned until the eleventh line of the document. Imagine having to transcribe 23 pages of said language. I might eventually get around to it. Some pages of the document also has other writing crossed over the original as seen in this image. There is virtually no punctuation in the entire document.

Readers: What is the most difficult document you have had to try and read? How successful were you?