The four questions were:

So today’s post is going to be a lot of links to websites and resources for researching your ancestors in the military. Then we will look at some personal memories and finally blog posts and books to read and videos to watch.

National Archives of Australia records including:

Military Heritage at Libraries and archives 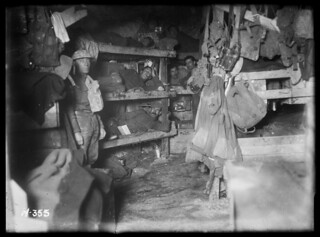 Other countries and general resources about war 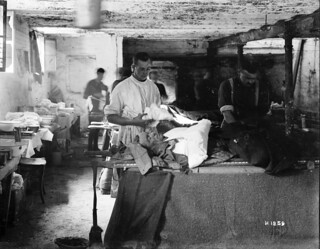 Great websites about WWI in general

Hilary: I found the best resource was looking at who got the effects of those who lost their lives

Merron: I have found the names of around 500 men & women connected to Hamilton, Vic who enlisted and written bios of around 150. My usual starting point is The AIF Project. Easy to search, can search by town and results give lots of info. I also use Monument Australia for honour boards, @UkNatArchives as some enlisted with the British forces including a number of nurses I have researched.

Hilary: we have a photocopy of a letter sent to my grandmother from her brother before he died, original with orphanage where she was living

Brooke: I was reading a unit diary. I very quickly formed an attachment to the writer. Suddenly it stopped. I was heartbroken.

Pauleen: My father’s cousin was MIA then KIA in Korea. I have researched his service history and the documents around it, and the unit diaries. When I blogged about him I received comments from people who knew of him. 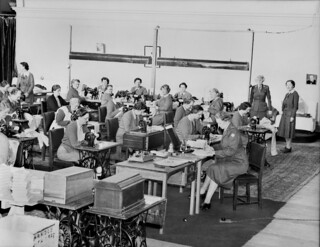 Sue: I have one ancestor in the militia rolls in Bedfordshire in the 1700s I think. Was found for me by another person in Bedfordshire while I found out about her convict in Tassie

Maggie: I’ve researched the first husband of my gg grandmother who died during the First Anglo/Boer war. I found a book online that detailed how he died

Margaret: I’ve not found anyone in those wars but have in the American Wars. One possibly in the Crimea. I’m looking at the Napoleonic Wars next for some of my family.

Jill: Just remembered I found lots about an Australian soldier in local newspapers at The British Library as his mother lived in a small town in England and they reported on him.

Pauleen: I had forgotten that a Kent relative had served in the Maori wars. Any Kiwis with relatives they’ve traced to these?

Maggie: A ggg grandfather was in the Taranaki Militia that fought at the Battle of Waireka in 1860. Want to research more, even if I won’t like what I find

Brooke: I also have a very Jane Austen scenario. In 1793 the Staffordshire militia marched to Devonshire and was finally quartered at Plymouth. Edward Holmes of the militia married a local girl Charlotte Masters. My 5th great-grandparents.

Fran: My mother and her 2 sisters worked on the land north of where they lived in Wellington, NZ. There was a big USA camp nearby. This lead to my mother marrying a US soldier.

Brooke: An Anzac I’ve written about was a prolific letter writer and appeared to have a buddy at the local paper. So many of his letters were published, providing a first-hand account of his experiences.

Jennifer: There are a few WW1 and WW2 nurses in our family. An aunt was in the land army in WW2

Jill: I find reading fiction set in the war years give a good insight into life during those periods

A3. My gg aunt helping to raise money for the French Red Cross during WW1 #ANZAncestryTime pic.twitter.com/YYpXun0fgA

Merron: For Victorians, check @PRO_Vic for probate files of soldiers who died. I have found amazing letters between a soldier and a woman who gave birth to his baby after his departure in his probate file. They were used to prove her right to be a benefactor.

Hilary: not sure what my grandfather did during WW2 but he worked at the docks and was probably busy helping to load and unload ships

M. Smith: My English grandfather was in St John’s in his home town in WW1 and in the Heavy Rescue Unit in WW2 and went to Coventry when it was bombed.

Margaret: What counts as non-military service? My parents sent food parcels to the UK. When I was born, I was sent a soft toy as a gift. They used the wood boiler for hot water, saving electricity.

Sue: I had a few who were given exemptions during WWI as they had to look after elderly parents or was only son to work the farm.

Pauleen: My dad, and both grandfathers worked for the railway and so were essential services. Dad told me how he supervised some Italian POWs doing labour for the railway in WWII

ANZ: I think all contributions and sacrifices counted. Some families got heavily involved with fund raising or making walking sticks while their sons (usually) were away.

Brooke: So glad you asked this question. In WW2 my grandfather, a carpenter/joiner for Australasian United Steam Navigation Company (AUSNC) in Sydney, was required to adapt ships to be troop carriers.

Pauleen: My mother was a volunteer with the Women’s Air Training Corps and the Volunteer Air Training Corps doing plane spotting at Brisbane during WWII. My grandfather enlisted in WWI when they called for experienced railwaymen to work on the lines to the Western Front.

Jennifer: I just had a memory of the letters I wrote to a soldier in Vietnam War when I was 13. I was given his name by a minister because he had no family to send him mail 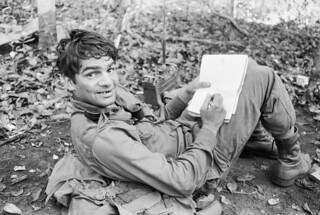 Jill: My Mother was a social butterfly who worked in the GPO and from her photo albums I can see that she and her 4 sisters spent a lot of time entertaining the troops through the ANZAC House younger set

Sue: My mum remembers her father digging a bomb shelter for them in Sandy Bay and helping to dig the trenches at Albuera Street School. Also have some ration cards from WWII belonging to my grandmother.

Margaret: My father was away some of the time as he was at Featherston POW camp. He features in the book that was written about the incident!

Brooke: I want to do more research on reserved occupations. The lists changed as the war went on depending on need. There was badge issued to show they weren’t cowards. Does anyone have a reserved occupation badge from their ancestor?

Paul: one branch of my family served as Auxiliary Fireman and including my Great Aunt who sadly lost her life in the largest ever loss of life in one incident for the London Fire Brigade

#ANZAncestrytime A4 I inherited my Great Uncle John Daniels ‘Button Stick’ which was mounted and framed and handed down to me pic.twitter.com/Zy4jfgpBoB

Pauleen: I have inherited WWI medals from my grandfather Denis Joseph Kunkel. They will be passed on to my grandchildren

Carmel: we have my husband’s father’s pilot log book WW2

Jill: I have Dad’s kit bag, a pair of his khaki shorts, his medals and some photos. I have quite a collection of photos from Dad’s time in the army. The pictures from Tarakan are particularly interesting. In contrast I have a collection of a distant ancestor’s memorabilia including honours medals and the invitation to his investiture at Buckingham Palace.

Brooke: When I received my grandfather’s WW2 records I discovered he was AWOL… a lot! His excuse was priceless…he had to sing on the radio to earn money to pay off a debt. (I don’t know how to determine the truth of this. Old recordings from radio station?)

Jennifer: My father never applied for his medals. He arrived in Japan at the end and was there for peacekeeping and felt he didn’t deserve them. I was able to get them for him but he was still not interested. Said he felt like a fraud accepting them

Jill: I just wish my father would have talked about his war experiences. Like many returned men he just didn’t open up

M. Smith: One of my most favourite books is Helene Hanff’s book “84 Charing Cross Road” set in WW2. It gives a great insight into life in England from a US point of view. Great humour too.

Jennifer: The Lost Girls of Paris by Pam Jenoff is the last one I read. Another recent release war novel set in Paris The Paris Seamstress by Natasha Lester 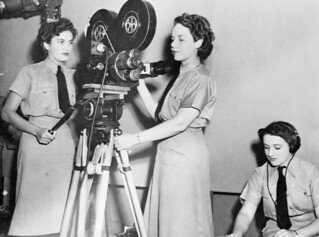 Jill’s book recommendations with war as a tag

3 thoughts on “Ancestors in the military”