Throughout this diploma course, I have had to zigzag across oceans, around countries and within states to find information for my assignments.

We had the chance to zigzag through the library databases at UTAS, whether it was using Ancestry Library edition or the British Newspapers or finding scholarly articles for our assignments.

We were lucky with the fantastic lectures and resources given to us by the organizers of each unit within the diploma. We learnt about the value of primary and secondary sources as well as referencing even though this was updated for each unit.

I thought I knew a lot about researching family history when I started this diploma but my eyes have been opened to the value of doing more than just names, dates and places in my software database.

So it is now time for a sleep (maybe a short nap only) before I start updating my resources list on this blog and organizing my research both online and in folders or filing cabinets.

Thank you all for participating in this challenge over the last couple of years.

Readers: Please leave a comment about my post or something beginning with Z that relates to your family history or your research. 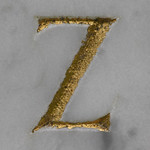 Excellent letter for nearing the end of the challenge and for those finishing their diploma. I want to ask:

I am hoping understanding DNA more might help me answer some of these questions.

Readers: Please leave a comment about my post or something beginning with Y that relates to your family history or your research. 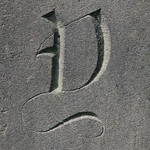 So now that I have finished my subjects for the Diploma of Family History, I am going to take the time to update my list of resources in the page above the header of this blog.

I will have the basic “Introduction to family history” resources on one page, then a separate page for “Convict resources” and another for “Military resources”. Are there any other specific sections you think I should have as separate pages?

Readers: Please leave a comment about my post or something beginning with X that relates to your family history or your research. 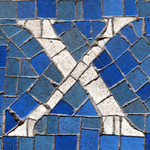 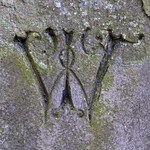 This week has brought to mind that one word that is so important in genealogical research. It has come about because of a DNA match with one of the other students in the UTAS cohort. We are trying to find the link or most common recent ancestor in our trees.

For many years I have always believed that Caroline Bryant, who married William Chandler in 1859 at St Georges church in Hobart, was the daughter of Benjamin Bryant and Charlotte Bryant (nee Bull). But how was this verified? I had used information from a relative but did they actually have proof.

This is what I know from documents:

But as you can see, there is no Benjamin among Caroline’s children. This has worried me as naming patterns were often used in the mid 1800s. So where to next?

Readers: Do you have any other ideas of what I could do to verify back in the old country, who is Caroline’s father and when did Charlotte marry him?