Skip to content
HomeLet’s dance! Square dance that is!

With my parents now heading to their late eighties, I have been looking back at some of the influences of their lives together. This photo represents one of those – square dancing.

Before they were married, mum represented Tasmania in 1951 at the Australian championships. She was one of the couples from Swan St Club. 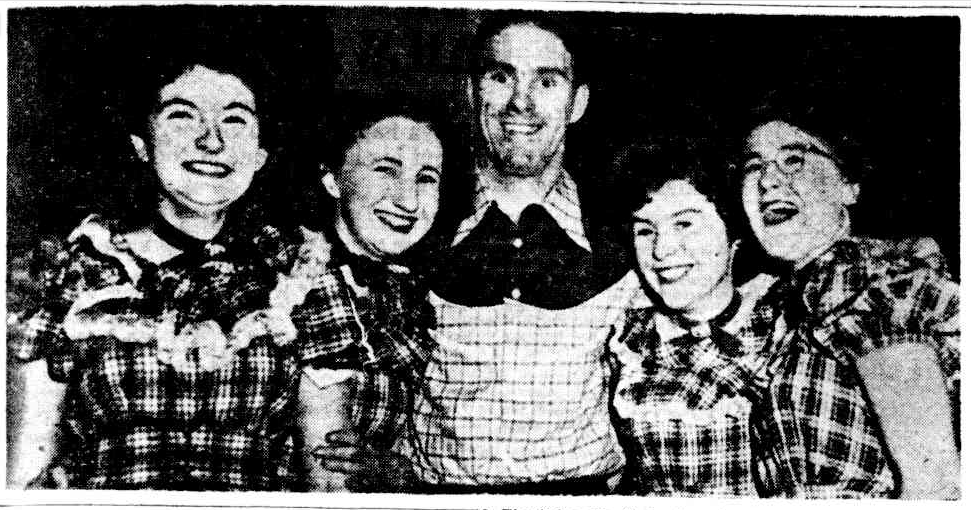 The average age of the winners was 16 – mum was actually 17 at this time. Mum’s father, Henry Lewis England, nearly fell over the balcony at City Hall when mum and her team won the Women’s Weekly competition in Tasmania.

This image is of them being congratulated on their win. Click on the image to find out more about the second and third prize winners in Tasmania – A National Fitness Council team and the Elizabeth Street School teachers team. 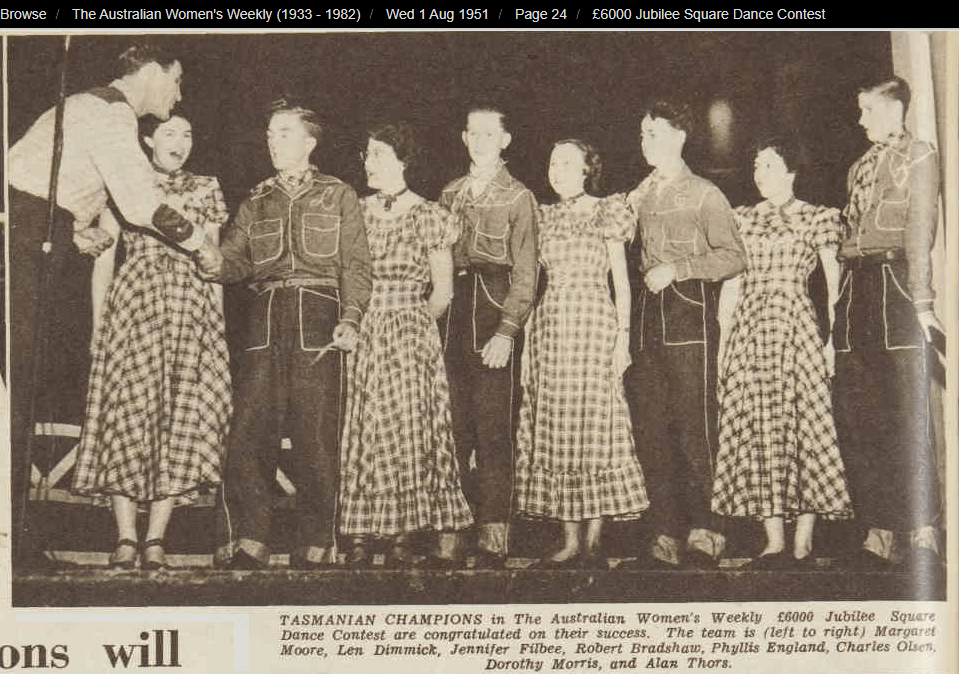 The Tasmanian team enjoyed time out at the Sydney Botanic Gardens while at the championships. Joe Lewis, a caller from America, was the judge and he gave points for showmanship, spirit of happiness, timing, precision, gracefulness and impromptu calls. Click on the image to read about the Square Dance contest in Sydney. The Tasmanian team came second. 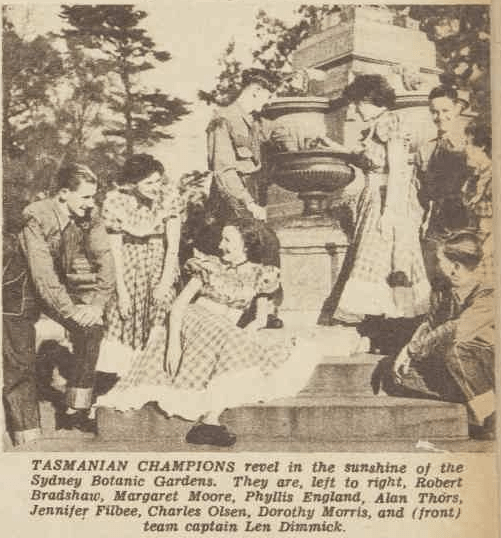 Now back to mum and dad. They met at St Peters Hall in Harrington Street Hobart on 12 September 1952 when dad was 20 and mum 18. A group of dancers had gone to Collinsvale to do an exhibition square dance on that date but mum and dad were at the hall.  Dad was part of the Bar 8 square dance group hence the number eight with the line through it on his shirt above.

According to mum, when I was about 6 months old, they took me to a square dance at Claremont Hall and the other dancers were amazed that I slept through the music and other noises. I can remember as a small child being taken to square dancing evenings at a hall in Lindisfarne and enjoying the music. This also influenced my life as I too joined a square dancing club in Hobart but also learnt how to teach Round Dancing – a variation of ballroom dancing done in between square dance brackets.

2 thoughts on “Let’s dance! Square dance that is!”