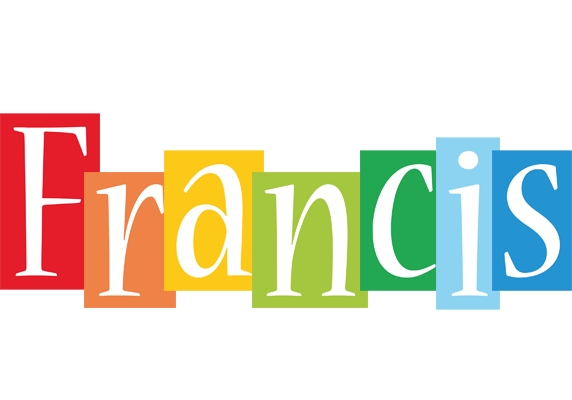 I knew I had Francis Colgrave as a name passed down at least three generations as he is one of my direct ancestors.  But I had to check my home database to find out some statistics for this post to see if names passed down happened in other branches of my trees. I’ve only included those with three or more names the same.

Any births from about 1840 onwards will probably be in Tasmania also known as Van Diemens Land. Those prior to 1840 would be mainly in England – the COLGRAVE name in Bedfordshire, the ENGLAND name in West Yorkshire around Rotherham, the KILPIN name in Bedfordshire and the SWAIN name in Kent.

Readers: What name has been passed down in your family? Were you named after an ancestor or close relative? 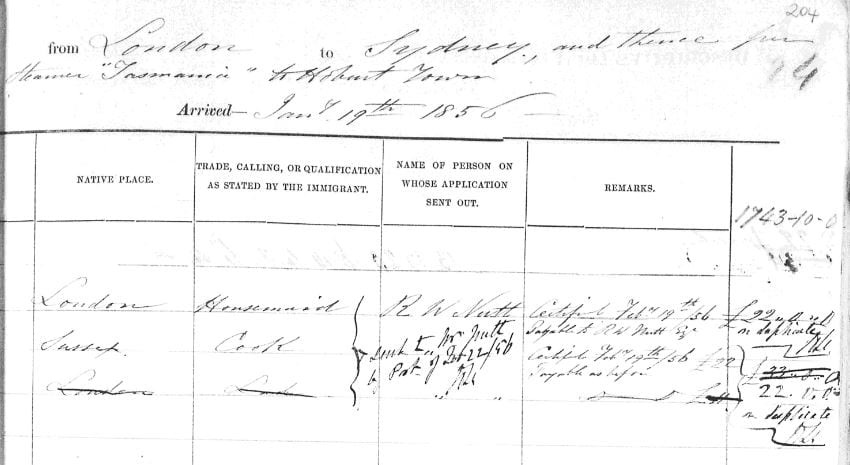 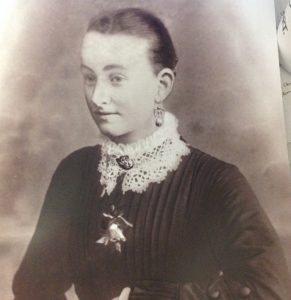 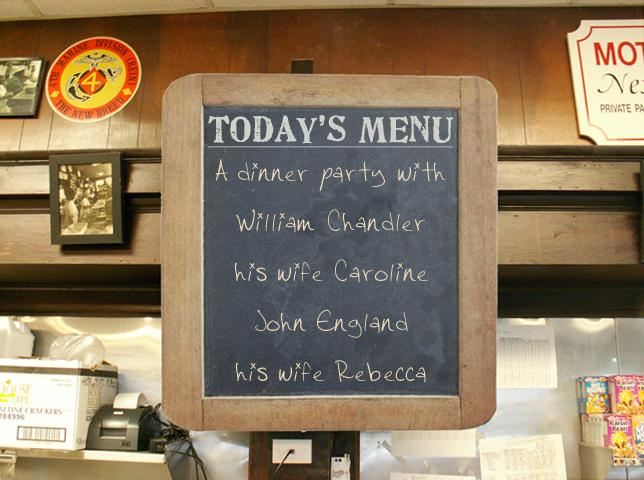 Week 3 of the #52ancestors challenge is longevity. For this post I thought I would do a bit of a survey of my direct ancestors to see who lived a long life and then I would research one of those people.

When I look at that list, I am amazed that 12 out of 19 of my direct ancestors have reached the age of 70+ years at death. What was most fascinating though was that one set of my Great great grandparents lived  to their 80s just like my parents.

William CHANDLER grew up in London near Enfield where he worked as a gardener before arriving in Australia  on the sailing ship Fortitude on 15th February 1855. Little is known of his life prior to his arrival in Tasmania. According to the shipping record, he was age 22, single, Church of England and could read and write. He was born in Middlesex and was a gardener. His application to emigrate was from John Leake in Tasmania and it cost him  £22. [1]

The Leake family owned Rosedale (near Campbell Town) in the midlands area of Tasmania where it is assumed William was an estate gardener, along with James AXTON who also arrived on the same ship. I wrote a short fiction story based on their journey.

After his marriage to Caroline BRYANT in October 1859, he was employed at Government House as a gardener. He was often mentioned in newspaper articles in the Mercury winning many prizes in horticultural fetes. I wrote a short story based on one of these articles. The birth of many children often mentions Government House where Caroline’s mother also worked. By 1865, he is mentioned as an ‘old friend’ who has again won the silver medal at the horticultural fete. In 1868, he is mentioned as gardener to His Excellency who was Colonel Gore Browne. [2]

In March 1873, William and Caroline were involved in the inquest of their daughter Sarah aged 2. At this stage they were living at Hestercombe in the area of Granton or Austin’s Ferry. [3]

In October 1882, William prosecuted John Sullivan for stealing 9 fowls off William, but the judge gave him the benefit of the doubt as only a few feathers were shown as evidence.[4]

It seems that young George Chandler (born 1874) did not enjoy attending school (or preferred helping with the gardening), as his father William was summoned in 1887 for a breach of the Schools Act in allowing George to truant. He was fined 5 shillings. [5]

In 1894, at the marriage of his third daughter Caroline, the family was living at Brown’s River Road. [6]

By the time of William and Caroline’s golden wedding anniversary in 1909, they were living in Grosvenor Street, Sandy Bay just around the corner from what is still Chandler’s Nursery.[7]

William lived at 6 Grosvenor Street, Sandy Bay at his death, and is buried at Cornelian Bay Cemetery with his wife.

To read about the Chandler family and the nursery they established, check out this newspaper account. From my research Mona Vale was built in 1867 so probably not the estate where William worked in the midlands.