Julia was the eldest of nine children born to William Charles and Caroline Elizabeth Chandler nee Bryant. She was born on 1 October 1860 in Hobart and was not named until after her birth was registered on November 6 by her aunt Julia Winters (born Esther Julia Bryant) from Battery Point.

Julia’s father William arrived in Hobart on the sailing ship Fortitude in February 1855. Her mother Caroline arrived with her mother Charlotte Bryant on the ship La Hogue to Sydney then on the steamer Tasmania to Hobart in January 1856. I wonder if they already knew each other back in England.

The christening of Julia took place at St David’s Cathedral in Hobart on 9 December 1860. She must have had a great childhood growing up at Government Gardens where, by 1863, her father was a gardener at Government House.

In May 1883, Julia’s grandmother Charlotte passed away aged 79 at the home of the Winters family at 41 Elizabeth Street.

In 1885, Julia married Henry Lewis England at St George’s church with witnesses being WC Chandler – either father or brother and MA Chandler – her sister Mary Ann.

Over the next 10 years, four children were born to the couple:

In March 1891, a Mrs England charged Annie Heazelwood for using abusive language towards her in the City Police court.

In 1898, Julia and the family headed to the beach near the battery and while absent their house was broken into and much money taken – both the taxes collected by Henry and the money saved by Julia.

Unfortunately, Julia didn’t live to see her children marry – Ruby May to Arthur John Sydney STIRLING in 1911, Henry Lewis to Hannah DAVEY in 1923 and Gladice Emily to Henry Gottman AMINDIE in 1921. She had already passed when her daughter Lucy Grace gave birth to her son Lewis Maxwell England in 1914 then Lucy also passed 8 months later in December 1914.

At some stage the England family all sat for a photographer and here is the image of Julia Charlotte ENGLAND. 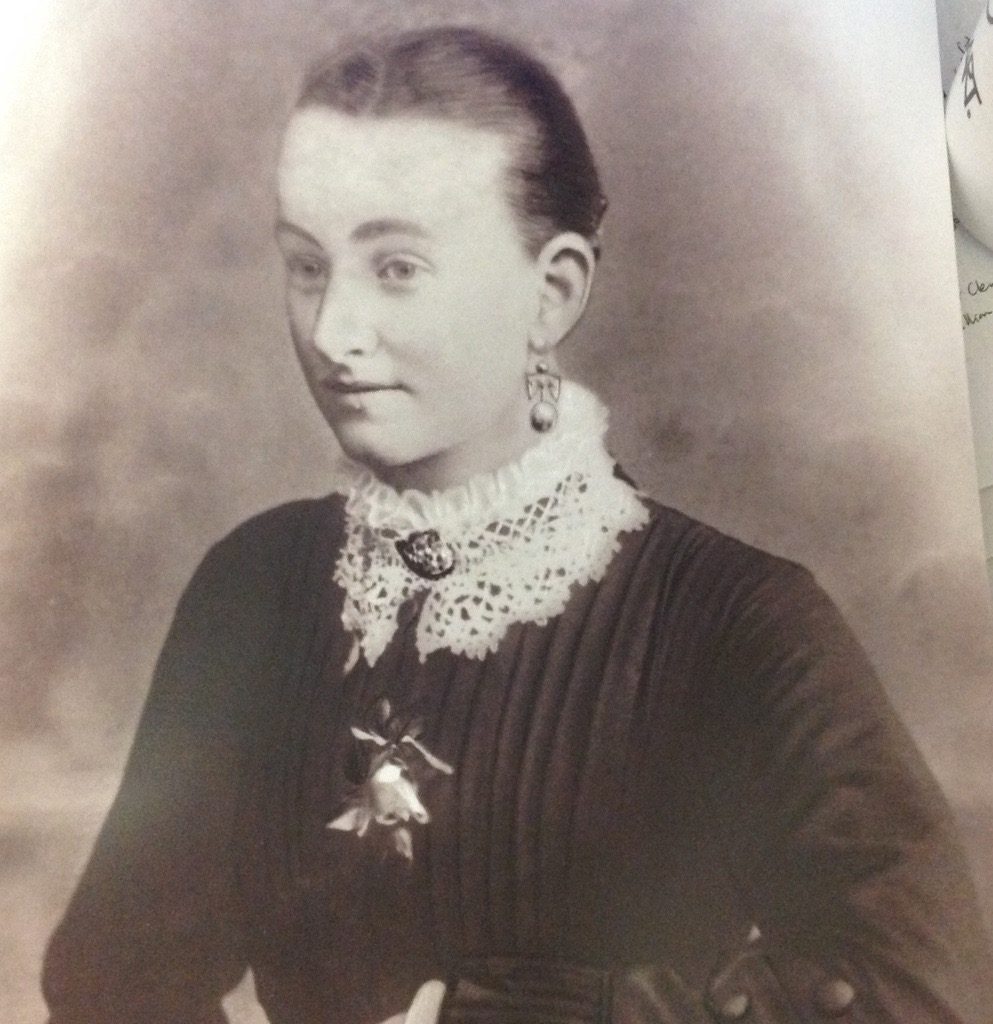 So, why am I confused?

Now I start to look at the records back in England. Naturally the first one to look for would be the 1851 census where Charlotte should be about 47 years old and Caroline about 13. Esther might be there too, depending upon when she married Robert Winter.  From the arrival information in Tasmania, Charlotte was born in Sussex.

So in the 1851 census the following people are found living at 41 Barclay Street which must be nearly opposite St Pancras Gardens and the St Pancras Old Church in Somers Town.

But this Charlotte is unmarried and a dressmaker not a widow and cook as mentioned in her arrival information. But she does have children Julia, Caroline and Charles who we know of from Tasmanian records.

About a kilometre away is another Charlotte Bryant – an unmarried servant – cook aged 50 born in London living in Charlotte Street, St Pancras area now Fitzrovia.

Next is the marriage of Esther Julia Bryant and Robert George Winter in 1852 at St Pancras. Caroline Bryant is a witness. Esther’s father is Henry and is a surgeon. Esther and Robert are living at Barclay Street when they got married.

In October 1851, Henry Bryant is married to Matilda Webb – father is Henry and is a surgeon. Henry is full age and they were married in parish church St Saviours, Southwark. A witness was Ann Drewett.

Going back 10 years to the 1841 census we find living in Tottenham Place, Marylebone.

Still no husband mentioned but on the bottom of the previous page of the census is H Weight age 35, surgeon who was born in the county. Could this be the father of the children?