Looking at the various births of John’s siblings some are born in Clyst Honiton, others in Heavitree and Clyst St George. The following is from Whites Devonshire Directory published in 1850 found on the relevant village pages at GENUKI. 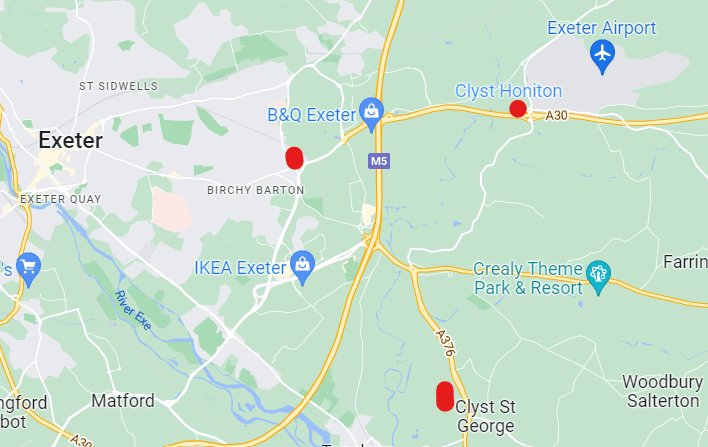 In the 1841 English census, the family, including the children Selina, John, Tom, Hermon and Mark, were living in the village at St Georges Clyst. John senior was a carpenter.

By the 1851 census, John senior was aged 45 and his occupation was a master carpenter. John junior was an agricultural labourer. Living at home with their parents and John were Mark, Luke, Herman and Matthew. They were living in South Wonford in the parish of Heavitree.

John junior set sail on barque Wanderer under a bounty immigrant scheme. The ship master was John Woodcock. They left London 31 October 1854, the Downs on 3 November 1854, finally arriving in Hobart Town 13 February 1855. A total of 182 souls arrived safely from England and Scotland.

According to the shipping records John was 20 years old, religion Church of England and he could read and write. His occupation was farm servant. George Meredith was the name of the person on whose application John was sent out. Three other single men were also employed by George Meredith who would be reimbursed by the government for part of the cost of the bounty ticket.

John was occasionally mentioned in the ‘Meredith papers’ which are housed in the State Library Archives in Hobart.  He was recorded last at ‘Cambria‘ in January 1857.  His wages at this time were 7 pounds and 10 shillings per quarter.

John Davey and Annie Dixon were married at the Manse at Evandale, Tasmania on 18 July 1859. John was a bachelor aged 26 while Anne was a spinster aged 18. Witnesses to the marriage were Hannah Dixon and William Costley.

Over the next 29 years until John died, the couple raised seven sons and five daughters to adulthood. They lived in English Town, near Evandale, Tasmania. The photo shows the newspapered walls inside the house as taken in 1987. 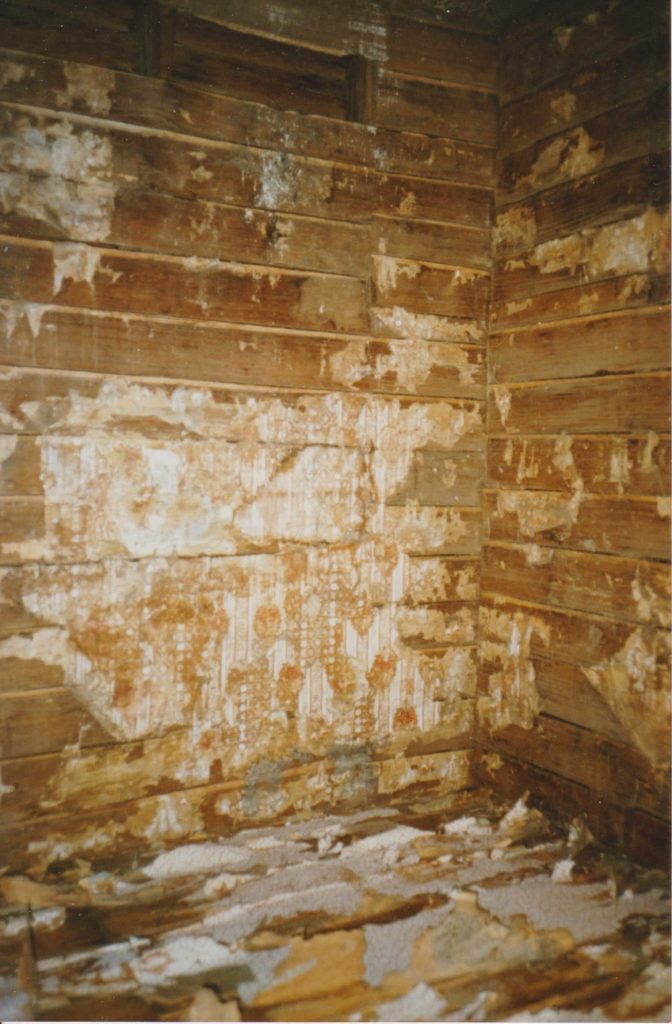 Searching through the Tasmanian Names Index, the births of Charles, Frank and Ellen Anne are not found.

Sometime in the 1870’s John’s younger brother George also immigrated but he headed to New Zealand.

On 6 May 1873, John was charged with larceny and spent three months in gaol in Launceston. A report of the crime was written up in the local paper and he was named in the police gazette for 1873.

John must have had a tough life in Tasmania as he worked for many farmers around the Evandale area and would have had to ride a horse or walk to get to each farm.

John passed away in 1888 aged 55 years old. He died from jaundice according to his death record. He left his wife Annie to bring up 6 children under the age of 15. What a sad Christmas in 1888! 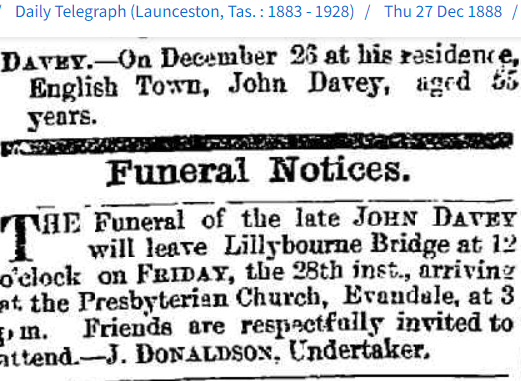